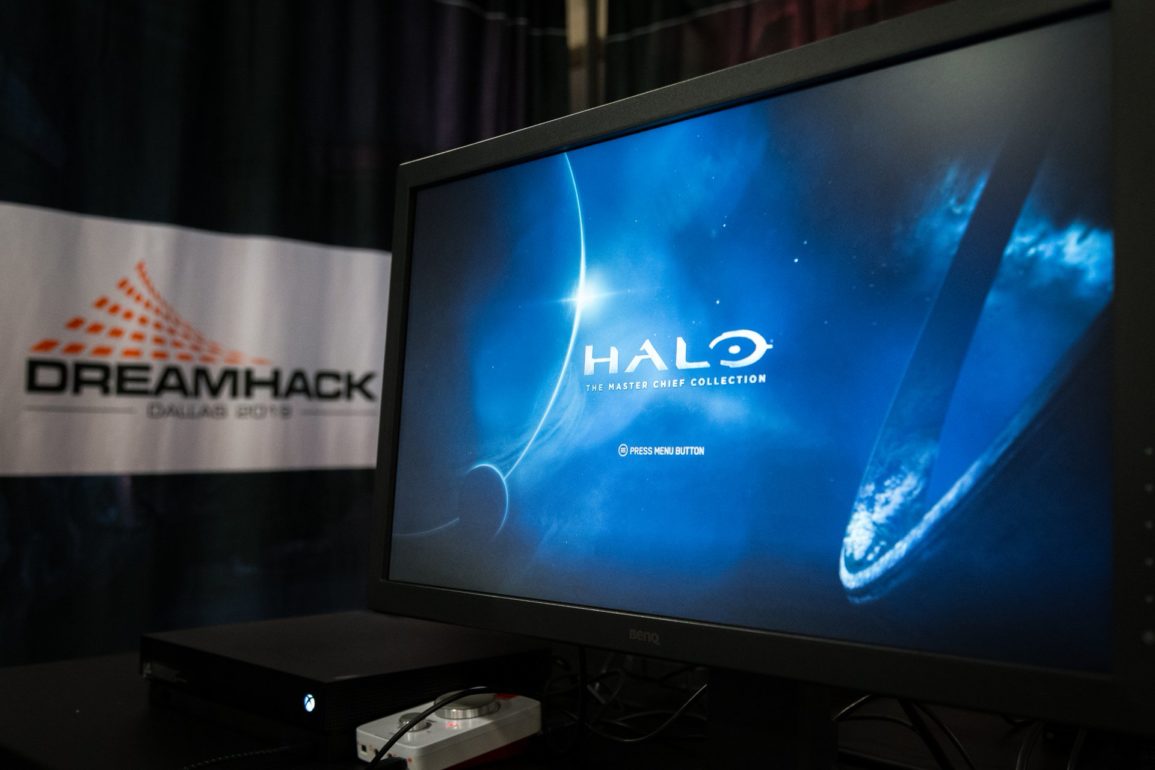 Incase you missed it, here is all the information you need on what went down at Dreamhack Dallas Day 1, series by series.

Kicking off the Dreamhack Dallas Grassroots tournament, we had the UGC Classic finalists Denial, taking on the European, NA hybrid mix of Respectful, Jimbo, Phlux and Guntype named as Invincible. Starting the series with the staple gametype of Heretic flag, Invincible struck first capturing the first flag but once Denial took map control it was hard for Invincible to regain as a team and Denial were able to lock down the map in its entirety to execute the objective efficiently. 1-0 Denial

Map 2 was Slayer on Narrows and this was a closely contested affair until the mid game, Respectful had a very impressive run with the rockets in the Denial base and was able to keep his team in the game making play after play for what felt like an age, with the support of a sniper spree out of his teammate Phlux holding down top middle. Unfortunately for Invincible, led by Shele, Denial was able to pull away towards the end finishing the Map at 50-42. 2-0 Denial

The final map in the series was Construct Hill. This was a closely contested map for the majority,Invincible had some good runs as a team but was consistently unable to control the rockets and be efficient with the weapon, this was their ultimate downfall. The overwhelming use of map resources out of Denial was too much for Invincible and they eventually fell to Denial 250-175. 3-0 Denial

The second series of the day was the most straightforward of them all. Falling esports being a star filled line up did what they were expected to do in dominant fashion. Being the heavy favourites they are, they took the games with relative ease and had little to no problems efficiently executing the objective and controlling the maps from start to finish. 3-0 Falling esports.

This was a series that was widely felt a premature potential grand finals matchup. The young but incredibly talented team of Nfinite come into this event holding the number one seed due to their outstanding performances in the qualifying cups prior.

Map 1 was Narrows flag and even though the team of Nfinite has some of the best sniper rifle skill in the game, when Sage has a player like Ryanoob on the team, Narrows is never going to be an easy gametype to win due to its complection and potential for sneaky plays, which is precisely what happened as Sage drew first blood and finishing strong to take the map 3-2. Sage 1-0

Seeing as this was Tusk’s first series under the bright lights of the mainstage and Shotzzy’s very first series of Halo 3 on Lan ever people started to wonder whether or not their online performance was unreplicable. This was not the case as in game 2 (Pit Team Slayer) the team of Nfinite had a very strong showing as they took a commanding lead early on lead by the Sniping efficiency of Shotzzy. Although Sage managed to close the gap insurmountably, Nfinite held their nerve and used the rockets in a smart manner to finish out the game 50-46. 1-1 in the series

Going into Guardian oddball at 1-1, the series was very closely contested as both teams had shown dominance at times and shown their potential to take control of the series. Guardian ball was no different as it was Sage leading the majority of the game but only with a minor advantage until the last minute were Nfinite took control of the game behind a massive Shotzzy Triple Kill to end the map 250-145. 2-1 Nfinite.

Onslaught Flag was a dominant showing out of Nfinite as they completely took control of the map and pushed the tempo to a pace that Sage just could not match. With Bubu Dubu being a dominant force top middle locking the spawners of Sage into the base repeatedly, it was an easy task for the members of Nfinite to rally 5 flags back to their base in the span of only 5 minutes. The map finished 5-0. 3-1 Nfinite

With all the team changes that had ensued prior to Dallas, this series was bound to happen and be elevated due to the roster changes between these two teams in question. With Eco and Frost leaving GMS to team with Ace and Neighbor only a matter of days ago emotions were bound to be tied to this series.

The series kicked off with Narrows Flag which Falling took complete control of behind the excellent power weapon control of main slaying superstars of Ace and Neighbor. This was a recipe for disaster as Eco was able to efficiently carry out the objective with relative ease for a 3-0 victory. 1-0 Falling eSports

Pit Team Slayer was a more closely contested affair as both teams had control at different points of the map but the sniper rifle control out of Frosty was too much to handle for GMS as he put it to work in the ways that only Frosty knows how. Behind Frosty and his sniper the team took the map 50-43. 2-0 Falling eSports

The final map of the series was an all out war for control. A very sloppy map from both teams as neither was able to really lock down a solid setup and accumulate a substantial amount of balltime. Ultimately it was Falling again who managed to edge the game out and managed to scrap enough time to take the game 152-92. 3-0 Falling eSports

This was the first time we were able to see the 2 time Halo 5 world champions and UGC Classic winners on our mainstage for this event and they did not disappoint. Going up against the European/North American hybrid team, With the first map being Onslaught Flag, Tox were met with the same early on aggression out of the gate that Denial were from INvincible. With the first cap on the board again being to Invincible things also followed the same pattern as Invincible’s prior series to Denial, as Tox regained map control and from there it was a forgone conclusion that the map was Tox’s to take, which they did in a 5-1 fashion. 1-0 Tox

Narrows Team Slayer was more of the performance expected out of Tox. With multiple instances of APG stealing the opposing team’s sniper rifle and bring it back to his side of the map, it was near impossible for Invincible to break the dominant Tox hold on the map. Tox’s superior sniper control was the defining factor in this map and in turn was the solidification of a 50-35 Victory. 2-0 Tox

Going into the final map of the series, KOTH Construct, Tox had all the confidence in the world. Invincible had some gilmours of hope at multiple points in this map as they kept it close for the majority and even holding the lead for a rotation. This was all for nothing in the end as Royal 2 managed to single handedly take down an overshield player on multiple occasions and finish the map at a massive +13 K/D spread to give his team the victory 233-186. 3-0 Tox

This series was only ever going to be going in favour of Lux. The team showed their dominance off the bat in game 1, being Onslaught Flag, quickly taking control of the map and running 5 flags in relatively quick succession to take the map comfortably 5-0. 1-0 Lux

This Nfinite Academy team are the sister team to a top tier set of players for a reason and this map is where they showed it on this Narrows Team Slayer, lead by an impressively skilled performance from standout player Hypo, Nfinite Academy held the lead for the majority of the game until the team of Lux managed to take control of the map around the 35 kill mark and left the players of Nfinite Academy with nothing but a loss to show for their valiant effort. Lux took the map 50-40. 2-0 Lux

This final map was one of the most brutal games of the day to watch. The players of Lux just seemed to be all playing at their full capacity at this point on Construct KOTH, as they were doing incredibly well to slay and efficiently to comfortably take this map 250-63. 3-0 Lux

Life is Good – Dynamics, Weakachu, How the Flip, Lifestyle (Group A)

Watch the teams battle it out the rest of the weekend at Twitch.tv/DreamhackHalo

Follow us on @VRTLGG for more updates throughout the weekend

Zeen is a next generation WordPress theme. It’s powerful, beautifully designed and comes with everything you need to engage your visitors and increase conversions.